Posted by Jason Stepford on February 4, 2016 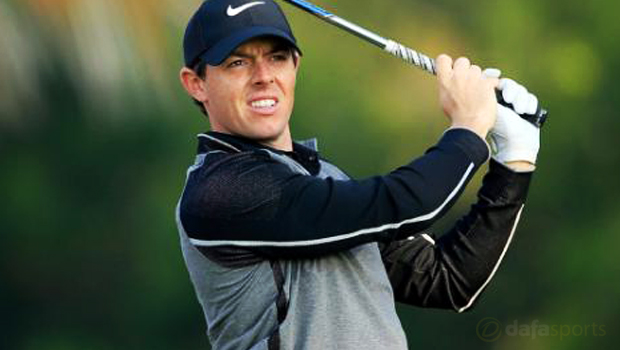 Rory McIlroy described his first round 68 at the Dubai Desert Classic as a ‘decent score’ after he recovered from a poor start at the Emirates Golf Club on Thursday.

The defending champion and world number three struggled to record two successive bogeys after starting on the back nine, before rediscovering his top form to fire six birdies and finish on four-under par, two behind clubhouse leader Alex Noren of Sweden.

“It wasn’t the best way to start, bogeying a par five, and the bogey I made on the second hole, which is a birdie hole out here,” he said. “But to bounce back and to birdie some of the tougher holes on the course, I was really pleased with that.”

“I don’t feel I could have really gone any lower than that but at the same time I gave myself enough chances to make some birdies.

“All in all it was a decent day, a decent score, especially looking at the conditions this afternoon; it looks like it’s going to be quite tricky out there.”

Meanwhile Noren, who is looking to better his joint-second place 12 months ago in Dubai, carded six birdies in a flawless 66 to lead playing partner Rafael Cabrera-Bello, Australia’s Brett Rumford and South Africa’s Trevor Fisher Jnr by one shot.

There was disappointment for Ryder Cup captain Darren Clarke who sat top of the leaderboard after 13 holes only to then slip away to sign for a 71 after finishing the five remaining holes in five over.

McIlroy will look to go on and win the Dubai Desert Classic to help him prepare for the Masters in Augusta in April where he is 7.50 to win and complete a Grand Slam of major title wins.