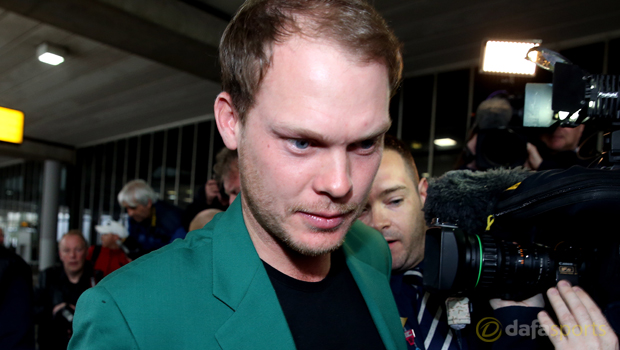 Masters winner Danny Willett has spoken of his tremendous respect for Jordan Spieth after the American handled himself in exemplary fashion after his Augusta collapse.

Willett earlier this month joined Nick Faldo as the only Englishmen to have pulled on the famous Green Jacket as a Masters winner.

The world number nine shot a bogey-free final round of 67 to overhaul long-time leader and defending champion Spieth and win the Masters by three shots.

Spieth, 22, appeared to be well on course to retaining his Green Jacket when he opened up a five-shot lead after closing out his front nine with four straight birdies in the final round.

That allowed Willett to pounce for his maiden major success and afterwards, as is tradition, the outgoing champion was tasked with presenting the winner with the Green Jacket.

Given what had transpired, Willett admits it cannot have been easy for Spieth to make the presentation but he has revealed the two-time major winner showed his true class in a difficult moment.

“He was brilliant, just like everyone would imagine him to be,” Willett told Sky Sports.

“That was probably 15 minutes after he came off [the course], so not in the best frame of mind, but a classy guy, he shook my hand and said ‘well done and great playing today’.

“He did everything you could really expect someone in that position to do and it just goes to show the kind of guy he is.”

Willett will return to competitive action in the Players’ Championship at Sawgrass in May, while he will have his first opportunity to add to his major success in the US Open at Oakmont in June.