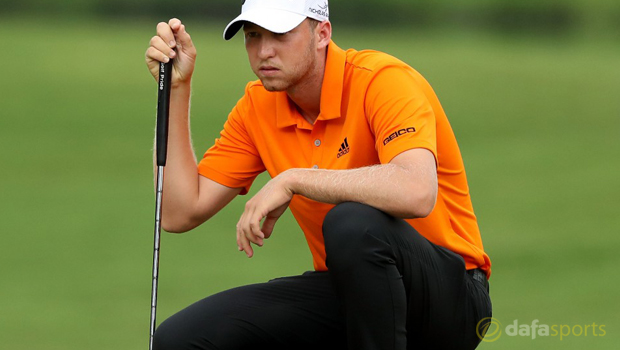 Daniel Berger is confident of winning the US Open at Oakmont, which starts on Thursday, after breaking his PGA Tour title duck with victory in the FedEx St. Jude Classic on Sunday.

Berger was in sensational form at TPC Southwind and went into the final day leading for the first time in his career by a comfortable three strokes.

The 23-year-old, who was playing in his 50th competition on the American circuit, was being hunted down over the last 18 holes by multiple major winner Phil Mickelson, Steve Stricker and Brooks Koepka.

However, the Florida-born star managed to maintain his lead thanks to three birdies over four holes on the back nine and ending up hoisting the trophy.

That result has lifted Berger to world number 29 and massively increased his chances of making the 2016 Ryder Cup team and potentially the Olympic squad as well.

His initial focus in on the second major of the season and he believes back-to-back successes can be achieved on what is being described by many as the hardest course.

“If I can go in there next week and play good, then obviously I have what it takes to get the W,” the American said.
Berger is still a big outside chance at 66/1, alongside Lee Westwood, Martin Kaymer, Paul Casey, Jim Furyk and Zach Johnson, to win the event.

Northern Irishman Rory McIlroy and Australian Jason Day are the joint 6.00 favourites to triumph at Oakmont while defending champion Jordan Spieth is a 7/1 shot.

Dustin Johnson, who is yet to win a major after several near-misses, is well fancied at 14/1 while Rickie Fowler, Justin Rose and Adam Scott are all priced at 22/1.