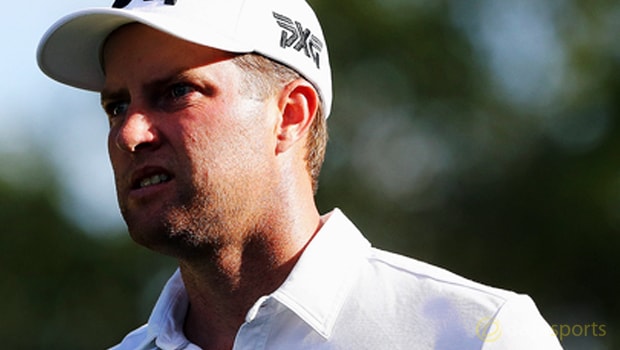 Chris Kirk will take a one-shot lead into the second round of the OHL Classic at Mayakoba after carding a bogey-free score of 63 on Thursday.

The American produced four birdies on each nine to move onto eight-under-par for the tournament at El Camaleon Golf Club, and he was pleased with his overall performance on what he described as an ‘intimidating’ course.

“I don’t think anybody’s comfort’s really that high,” Kirk said. “I definitely drove the ball well today. Just trying to stick to my sort of go to shot and hit draws out there for the most part.

It’s definitely intimidating off the tee a little bit, but thankfully I hit a lot of good ones today.”

The 31-year-old has enjoyed a strong start to the new PGA Tour season, finishing in the top 10 at two of his three events to date, although he could only claim a tie for 61st at last week’s Shriners Hospitals for Children Open.

The Tennessee native admitted he felt a little tired after last week’s event but he believes a rest at the beginning of the week has contributed to his fast start in Mexico.

“I just played pretty terrible over the weekend in Vegas, but I think I was just a little bit tired,” Kirk added.

“So thankfully, I came and took Monday and Tuesday completely off and didn’t touch a club and just tried to relax, and now I feel kind of re-energized and ready to play again.

No, I definitely wasn’t expecting to shoot 63 today, but happy I did.”

Kirk is available at 6.50 to secure overall glory this week, but he faces a tough test to hold onto his lead, with 35 players within five strokes of his score, including Camilo Villegas, Gary Woodland and Ben Crane, who currently hold a tie for second-place on seven-under.