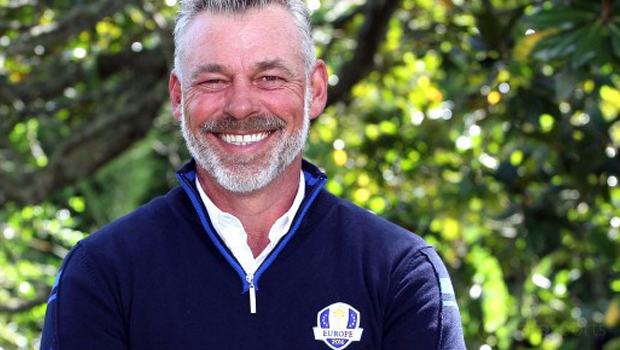 Bernard Gallacher is adamant Darren Clarke is the right man to lead Europe to a fourth consecutive victory at the 2016 Ryder Cup at Hazeltine later this year.

The Irishman has been tasked with keeping the winning run going for the European’s and maintaining their dominance over their American counterparts.

Paul McGinley oversaw success at Gleneagles in 2014 with the likes of world No.3 Rory McIlroy, Englishman Justin Rose and German Martin Kaymer all playing big roles in the 16.5-11.5 triumph.

Clarke will now be hoping to follow in the footsteps of the former skipper and the 47-year-old has no shortage of experience, having played in the Ryder Cup on several occasions.

The 2011 Open champion has been part of the winning team on four of his five appearances in the biennial event and he contributed 11.5 points from the 20 matches he played in.

Gallacher, who represented Europe nine times competitively and three times as a non-playing captain, believes the appointment of Clarke is a real shrewd choice and he will turn out to be a key figure.

“Darren is the type of guy who is on the golf course with his arm around your shoulder and the players will respond to that,” he said.
“The EurAsia Cup looked a tough assignment in Malaysia but I think a lot of the success was down to Darren.

“They responded to his leadership and I think Europe will have that never-say-die spirit.”

The USA are desperate to turn their fortunes around, having lost six of the last seven editions, and many of their players have already signalled their intent to win the trophy back.

World No.1 Jordan Spieth has already said he would rather regain the Ryder Cup than retain his Masters or US Open crowns, while the likes of Rickie Fowler and Bubba Watson are also after success at Hazeltine.

Europe are the slight outsiders at 2.15 to win the Ryder Cup, with the draw priced at 11.00 while the USA are the favourites on home soil at 1.85.