Andrew Dodt out in front in Australia

Posted by Jason Stepford on December 3, 2016 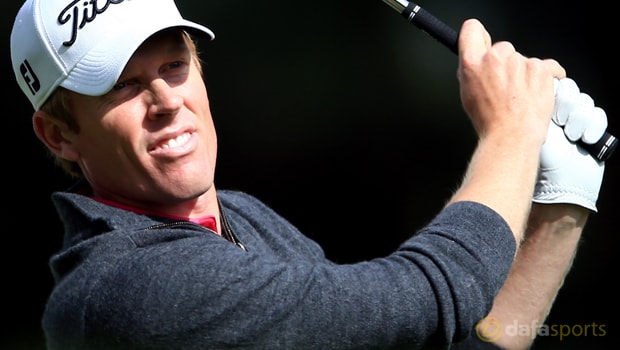 Australian Andrew Dodt moved a step closer to making history after claiming a two-shot lead going into the final round of the Australian PGA Championship on Sunday.

Dodt, 2.75 to win the tournament, claimed the lead on the first day and has held on so far despite being under pressure on home soil.

His third round of 70 which included five birdies and three bogeys was enough to maintain the lead as he moved on to 14-under par.

Fellow Australian Ashley Hall is hot on his heels just two shots back after he showed no signs of nerves after firing two eagles during his round.

However, Hall did lose momentum at the death after bogeying his final two holes to finish in a tie for second alongside Harold Varner III. World number seven Adam Scott and John Senden are four off the pace, with Ryan Fox all alone in sixth a shot further back at seven-under par.

However, Dodt is the one they all have to catch and he is determined to join Aussie greats Peter Thomson, Kel Nagle and Greg Norman in winning his home event. “It would be one of my biggest achievements, for sure,” he said.

“I mean, I’ve thought about it a couple of times this week but you don’t want to get ahead of yourself. You just want to play each round.

“It would be huge. All the top guys have won the Australian PGA, so it would be nice to put my name alongside them.

“My wins have been from behind so this position is new to me, which is nice, I’m enjoying it. I’m really trying to embrace it and enjoy my time out there on the course.

“The first three rounds are irrelevant now. There are a lot of solid players, world class players behind me, so I’ve got to keep the foot down tomorrow and keep playing the way I’m playing.”