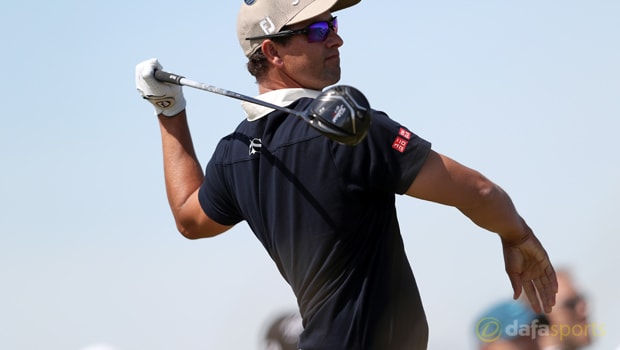 Adam Scott believes he can continue to challenge at the top of the world game for many years to come and he is targeting winning more majors in the future.

The Australian won his only major to date at the 2013 Masters while he has also spent 11 weeks at the top of the world rankings.

However, the 36-year-old has not won on the PGA Tour since his triumph at the WGC-Cadillac Championship in March 2016.

But despite the relatively lean spell, he is convinced he has the capabilities to challenge over the coming years. “I still feel like I’ve got a long window,” the world number 11 said.

“I’ve at least won my first major. Five years ago there was definitely a sense of urgency because I hadn’t won a major and I felt I was a good enough player to, and [was wondering] is it going to happen?

“I’m relatively stress-free, injury-free. I want [success] just as much as I wanted it before.”

Dustin Johnson is currently top of the world rankings following a run of three wins in his last four PGA Tour starts and Scott admits the American is in top form, but he is convinced he can also play at that kind of level once again.

“He’s in a sweet spot at the moment where everything feels very easy and free, a place where we all occasionally get to,” Scott added.

“But you’ve got to keep it there for a few years and I did for a while, but it’s slowly getting back to where I’d like it to be… hopefully I’m challenging for some majors soon.”

Scott will be hoping to return to winning ways at this week’s Players Championship, a tournament he won in 2004, and he is priced at 34.00 to secure another victory at TPC Sawgrass.