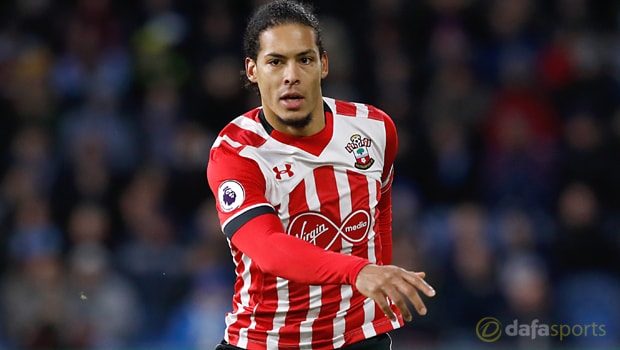 The Dutch international has been a standout performer for the Saints since joining the club from Celtic in the summer of 2015, scoring four goals in 55 Premier League appearances to date.

The 25-year-old has missed the second half of the current campaign because of an ankle injury, but that has not stopped other clubs showing an interest in his services, with the likes of Chelsea, Manchester United and Liverpool being linked with a move for the centre-back.

Despite the reported interest, Puel fully expects his skipper to still be at the club next season. “He is our captain. He is important for us.

He is a fantastic player,” Puel said. “We will wait until the beginning of the season to see him again on the pitch.

He has a long contract and I think the directors want to keep him.”

Puel also confirmed Van Dijk is recovering well from the injury that has sidelined him since January.

“Now it’s ok,” Puel said about the injury. “His surgery is finished, he can work normally, he can start in the gym the work to come back for next season, ready for next season with us.”

Before Southampton can think about next season they must first round off the current campaign, starting with Wednesday’s home clash against Arsenal.

The south coast club are priced at 3.60 to secure all three points at St Mary’s Stadium while the Gunners are available at 2.05. The draw is on offer at 3.60.