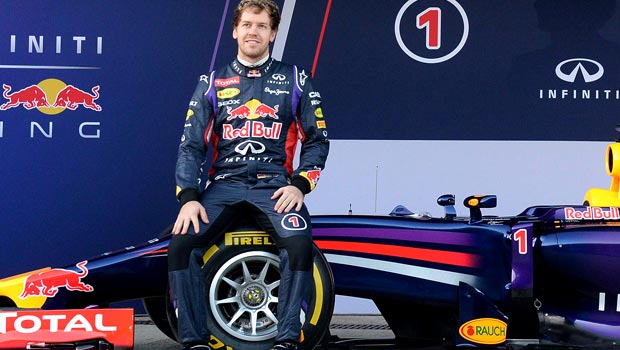 Reigning four-times Formula One world champion Sebastian Vettel said he was encouraged by the performance of Red Bull’s RB10 car after completing a relatively trouble-free 59 laps on day two of testing in Bahrain.

There have been some genuine concerns about the current constructor champion’s ability to have a competitive car ready in time for the new Formula One campaign, which starts with the Australian Grand Prix on March 16.

However, having previously managed just 35 laps in five days of testing – four in Jerez, Spain and on the first day at Bahrain’s Sakhir circuit – it appeared that the myriad of problems which have hampered the team’s progress have been ironed out on Thursday.

But the German opted to focus on the fact that he managed to get some quality mileage out of the car which he hopes will stand them in good stead looking forward to the new season.

He said: “We did more laps than we have done so far, and that’s the big thing. That’s encouraging.

“It was good to check the car, check the reliability, to get a proper first feel for the car, which feels okay, but there’s a lot more to come.”

He added: “Every lap you turn gives you a huge amount of data, and that’s gold dust, so we’re pleased with what we got done.

“We’re not out of the woods yet and we still have a lot of work to do, but the direction we’ve taken is looking like the right one.”