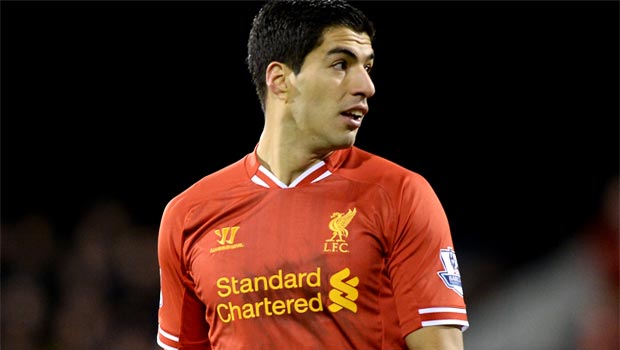 Luis Suarez claims qualifying for a place in the Champions League is Liverpool’s “objective” this season and he is confident “I can achieve my dreams” at Anfield.

The Uruguay international, who had expressed a desire to leave the Merseysiders last summer before staying put, has been the catalyst for the Reds’ charge into the top-four places as he has bagged an impressive 23 goals in his 21 Premier League games and chipped in with 10 assists.

It has left Brendan Rodgers’ side still well-placed in the title race as they sit just four points behind league leaders Chelsea with 12 games remaining.

However, while Suarez is “not sure” about Liverpool‘s title credentials due to the size of the Reds’ squad, he is adamant that a place in the top-four is well within their grasp and he is desperate to sample Champions League football next season.

Looking ahead to Sunday’s visit of Swansea, Suarez claims the players are fully focused on bouncing back from last week’s FA Cup fifth-round defeat at Arsenal and aim to get three more points on the board, with the Reds at 1.29 to get the win at Anfield.

“I want to be there with Liverpool. It’s an unbelievable competition. It’s where we want to be – playing against the top teams in Europe,” Suarez told the Liverpool Echo.

“I watched the games on TV this week and when you hear that Champions League music, that’s motivation in itself.

“When I arrived here, I said it was my dream to play for Liverpool and play Champions League here. I know I can achieve my dreams here.”