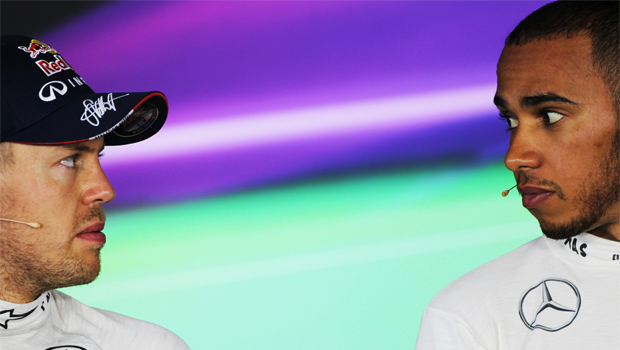 Vettel is poised to win his fourth straight drivers’ title following his victory in the Korean Grand Prix on Sunday and could wrap it up in Japan.

Hamilton has compared the situation to Michael Schumacher’s dominance in years gone by and believes Formula One fans will soon become bored.

“Personally I feel for the fans because I remember the period of time when Michael Schumacher was winning,” Hamilton said.

“I remember waking up in the morning to watch the start of the race and then going to sleep, and then waking up when it ended because I already knew what would happen.

“I am pretty sure a lot of people are doing that today.”

However, Hamilton, who could only manage fifth in Korea and is now 111 points behind Vettel, does believe the Red Bull star deserves to be where he is after a great, consistent season.

“He has driven well all year,” he added. “I’ve just looked at his points and he has had second, first, second, first all year. He’s done the perfect job and he deserves it.”

As for the rest of the season, Hamilton says the aim is clear, to finish above Ferrari in the Contructors’ Championship.

“We’re very happy,” he said. “We’re only a point behind Ferrari (in the constructors’ championship), so we have to make sure over the next five races we consistently beat them.

“Second in the constructors’ would be huge for us. That’s my goal, to do that for the team.”