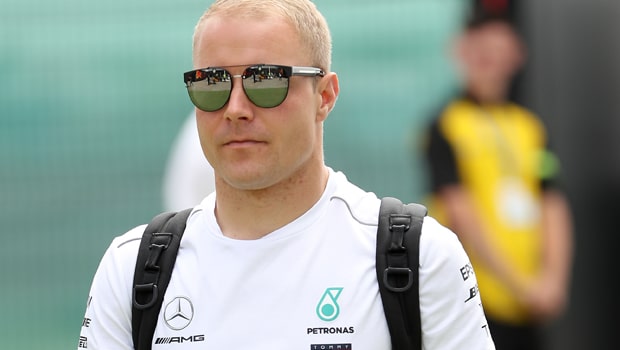 Valtteri Bottas is aiming to claim a second successive Abu Dhabi Grand Prix victory on Sunday to avoid an unwanted record of failing to record a single race win in a title-winning car.

The 29-year-old Finnish driver had hoped to progress further in 2018, having recorded three race wins in his debut campaign with the Silver Arrows to claim third place in the drivers’ standings.

Bottas started the year in buoyant mood after he finished 2017 with a season-ending triumph in Abu Dhabi, but things have not worked out as well as he had hoped.

He was on course to win in Azerbaijan in April until a puncture scuppered his chances before team orders in Russia resulted in him allowing Lewis Hamilton to overtake for the win on his way to claiming the fifth world title of his career.

The British driver wrapped up his latest world crown in Mexico, while Mercedes sealed the Constructors’ Championship in Brazil last time out so Bottas is free from any of those shackles to try and grab that elusive win with his final opportunity of the year.

When asked if he felt he could emulate last year’s triple of pole position, win and fastest lap at the Yas Marina circuit, Bottas said: “It is possible.

“Last year I had a strong weekend there so definitely it is possible.

Obviously the field is now closer than last year but my only target for the weekend is going to be pole and win so I am going to be trying everything I can to do that.

“It will make the winter break a bit nicer.”