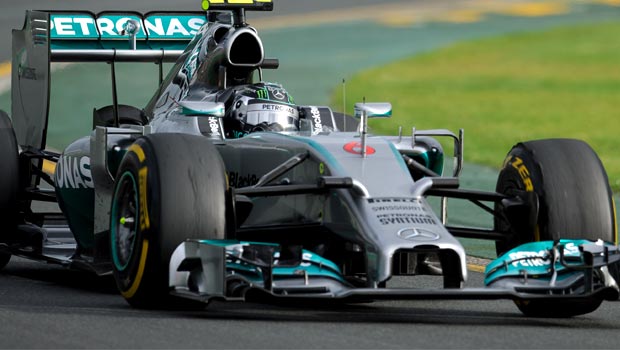 Mercedes continued to assert their dominance in the 2014 campaign by claiming a 1-2 finish ahead of the main event on Sunday.

Hamilton, who is priced as a 1.35 favourite to win in Spain, secured his fourth pole of the season as he bids to pick up his first chequered flag in Barcelona.

Rosberg led through final practice and the opening two phases of qualifying but still missed out by 0.168 seconds on the final Q3 runs.

Despite having to settle for second with Red Bull’s Daniel Ricciardo sitting behind in third, the German believes he can still take top spot on the podium.

The 28-year-old proved to be the quickest in the opening race of the campaign in Australia, although Hamilton was forced to retire, and it was the Briton who won the subsequent three races – in Malaysia, Bahrain and China – with Rosberg having to settle for second on each occasion.

Rosberg though is the Championship leader and is positive on his chances of rediscovering the winning trail on Sunday.

He continued: “It’s still all to play for tomorrow. Second is only a little bit away from the optimum.

“All it takes is a good start and I’m in the lead again.”