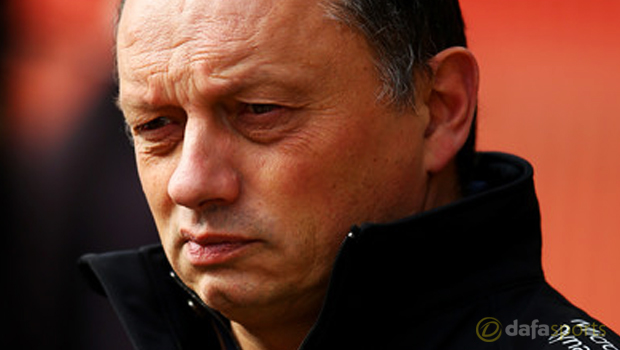 Renault team boss Frederic Vasseur says a decision on the team’s 2017 driver line-up is likely to be made next month.

According to Vasseur, Renault are seeking an inspirational figure to spearhead their team next season.

Great things can only be achieved with a strong figure leading from the front, says the team boss.

Vasseur’s comments are certain to cast some doubt on the future of current pairing Kevin Magnussen and Jolyon Palmer despite his admission that the duo ‘are improving’.

Renault’s future plans are expected to become clear in the coming weeks. “They are improving. We know we are on the grid, so ‘improving’ is written in capital letters for us.

It is too early to make any decision right here and now. We will probably do it at the beginning of September,” Vasseur told the official Formula 1 website.

Vasseur highlighted some of the recent dynamic partnerships that enjoyed F1 success as proof that a team can achieve great things with a driver capable of leading from the front.

He cites current world champion Lewis Hamilton and Mercedes, amongst others, as examples. Vasseur appears to hint there may be changes in the Renault cockpit for next season.

“If you look at the success stories of the past, success was always built around a driver: Schumacher and Ferrari, Vettel and Red Bull, Lewis and Mercedes, and also Alonso and Renault in the past – so the driver is important,” he added.

“A driver is not only about performance, but about being capable of leading a team.

Lewis Hamilton is 1.22 to retain his drivers’ title this season while Mercedes teammate Nico Rosberg is 4.20.