No regrets for Nico Hulkenberg 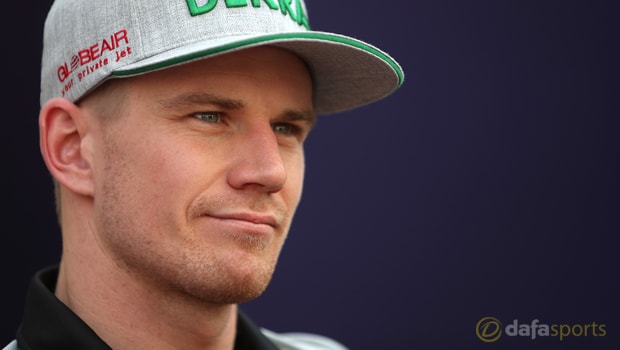 Nico Hulkenberg insists he is happy to be with Renault ahead of the 2017 campaign despite missing out on potentially taking up the vacant seat with Mercedes.

The Silver Arrows are still yet to name a replacement for Nico Rosberg, who surprisingly retired from the sport just days after winning his maiden world title.

Mercedes have so far been unsuccessful in trying to find a new partner for Lewis Hamilton, who is priced at 2.25 to win the 2017 Drivers’ Championship, so far and Hulkenberg may have been in the mix had he not already committed to Renault.

The German agreed to join Renault from Force India in October but the vacant seat didn’t open up with Mercedes until early December.

Hulkenberg admitted he would have appreciated a quiet word from Rosberg in advance, having previously worked closely with the Brackley-based outfit on promotional activities.

“Rosberg could have quietly told me that he would quit if he won the title.” Hulkenberg said.

“Mercedes is the long-time engine partner of Force India and we did joint promotional activities for Hockenheim in the summer.”

However, the 29-year-old, who now boasts 115 starts over his six years in the sport, says that he is excited to try and fulfil his goals with Renault.

He added: “My goal was to drive for a manufacturer. That’s what I’ve achieved with Renault. We both have unfulfilled goals.

“If you don’t drive for Ferrari or Mercedes, there is no coverage and the driver performance is not as linked with the car performance.

Nevertheless, I feel a lot of respect for my performance, especially internationally.”