Formula One: Red Bull believe Mercedes can be caught 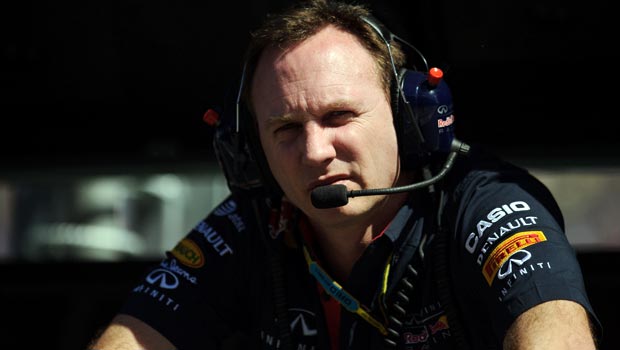 Team principal Christian Horner has promised that Red Bull will “give it everything” to try to catch runaway championship leaders Mercedes and world champion Sebastian Vettel still believes the season is retrievable.

Mercedes’ impressive start to the Formula 1 campaign, with four successive victories in as many races since the start of the season, has left their would-be title rivals trailing with defending champions Red Bull now almost 100 points behind the Silver Arrows in the Constructors’ Championship.

Red Bull’s engine suppliers Renault are making progress with both the performance and reliability of their power units since the French manufacturer’s disastrous pre-season.

But the difference between the straight-line speed of the RB10 and Mercedes’ W05 at the last race in China was apparent when timings showed the Mercedes to be 20kph faster along the circuit’s long backstraight.

However, Horner says Red Bull aren’t yet giving up hope of a fifth straight title.

“We’ve got to if we’re going to make a championship of it. We’ve got to take the fight to them,” Horner told Sky Sports F1.

“We’re going to give it everything. I believe we can take the fight to them, we just can’t concede too much more ground.

“We were 22kph slower on that kilometre straight [in China], that represented almost 100 metres that we were giving away on the straight.

Four time world champion Vettel, who is currently fifth in the drivers’ standings on 33 points, conceded Red Bull couldn’t yet contemplate eradicating Mercedes’ advantage but believes the deficit can still be turned around.

“For sure not easy – definitely not a walk in the park as we still cannot think about catching up with Mercedes,” the German told the official F1 website.

“Then again, the season is not over – at least I have not heard that yet – so we are still facing a long year. So anything should be possible – still!

“The truth is that we have a great car, and now we need to work on the upgrades and implement them in the best possible way to make sure we get more power out of the engine.”

Lewis Hamilton, currently second in the Drivers’ Championship on 75 points, is the 1.40 favourite for the 2014 title with the Field, including current leader Nico Rosberg, available to back at 3.00.