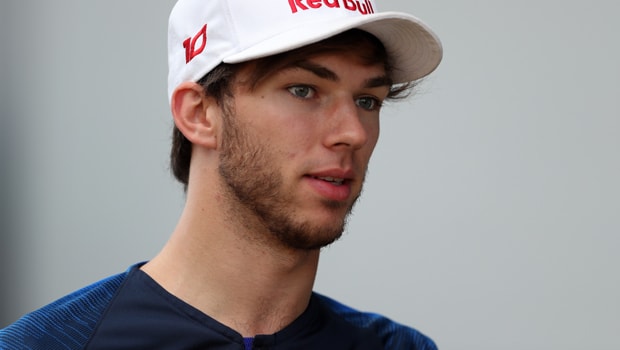 Pierre Gasly is happy to continue his learning experience with Toro Rosso but says he wants to eventually make the step up to join Red Bull.

The 22-year-old made his Formula One debut with Toro Rosso in the latter stages of the 2017 season before winning a full-time seat for 2018.

Gasly has claimed three top-10 finishes this term and he went close to securing a place on the podium in Bahrain, but he ultimately had to settle for fourth spot.

His performances have led to speculation that Gasly could win a promotion to Red Bull, who are priced at 9.00 to be the winning constructor at the Belgian GP, for 2019 following the confirmation that Daniel Ricciardo will be heading to Renault.

Red Bull chief Christian Horner says the team will look to invest in youth once again and it looks to be a two-way battle between Gasly and Renault’s Carlos Sainz Jr.

The Frenchman admits he would love the chance to challenge for the Championship with Red Bull, but insists he is in no hurry to make the step up.

Gasly said: “My intention in the medium term is to make the leap to Red Bull because my goal is to fight for the championship.

“But at this moment it is a great opportunity to be in Toro Rosso with Honda.

“I am very happy to be where I am, the only thing I think is to keep improving and the opportunities will come some day.

“It’s just my first season in F1 and I’m 22 years old. Of course, I want to fight for the championship as soon as possible, but I am delighted to continue at Toro Rosso if they need me, to continue building experience and growing as a driver.

“I would like [a Red Bull seat] but I’m not thinking about it too much.”