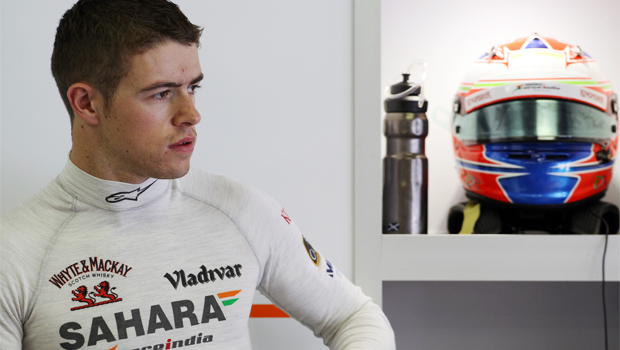 Paul di Resta has told his Force India team that they must improve following their disappointing end to the first half of the Formula One season.

The Silverstone outfit have been one of the surprise packages of the year so far, with Di Resta and team-mate Adrian Sutil recording 11 top-10s between them as the team moved up to fifth in the Constructors’ Championship.

However, they have struggled in recent races, with both drivers being forced to retire at last week’s Hungarian Grand Prix due to hydraulic problems.

This wasn’t the first time that Force India have struggled with mechanical issues and their gradual drop in results has seen rivals McLaren close to within two points of them in the standings.

Having largely struggled over the last few years, this is an unfamiliar position to be in for the team and it appears as if the pressure that has come with their improvement has started to hinder the camp.

Di Resta admits the recent failings have frustrated him and has urged everyone at Force India to use the summer break to recharge their batteries and ensure they don’t let their early form go to waste in the second half of the season.

“It’s at the end of the race where you need to be scoring points, but that race didn’t allow us in any way to fight the people we should have been,” the Scot said. “We need to get some rest.

“But equally we need to get ourselves together because over the last few weekends we’ve missed some opportunities and other people have overtaken us.

“I don’t want to let this championship slip away. We started off excellently, and there is no reason why we can’t recapture that form,” he added.