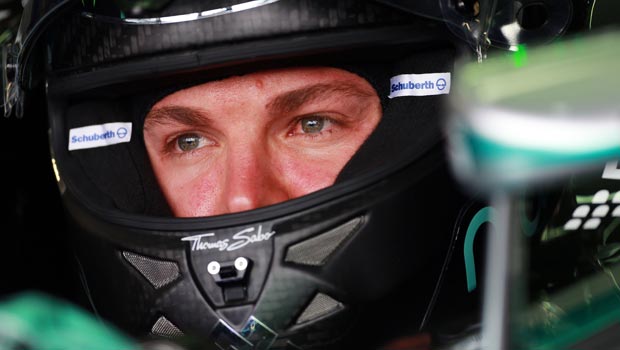 Nico Rosberg is looking for Mercedes to secure another one-two finish at the Austrian Grand Prix after the team failed to win a grand prix for the first time this year in Canada on Sunday.

The German driver, who had won two of the opening six races with team-mate Lewis Hamilton claiming four victories before Canada, limped home in second place in Montreal after his car was struck down by the same brake problem which forced his British colleague to retire.

Despite securing his fifth second-placed finish of the season, coming home behind Red Bull’s Daniel Ricciardo, it was enough to stretch Rosberg’s lead at the top of the drivers’ championship standings to 22 points over Hamilton.

However, Rosberg was unhappy that Mercedes’ dominance had been broken for the first time in 2014.

The 28-year-old is already looking ahead to the next race in Austria on June 22 as he wants another Mercedes fight for the chequered flag alongside Hamilton.

“We need to make sure that we’re bulletproof,” Rosberg said.

“Our ambition is to finish one-two so we need to make sure that we get back there again next race in Austria.”