Daniel Ricciardo proves his worth to Red Bull 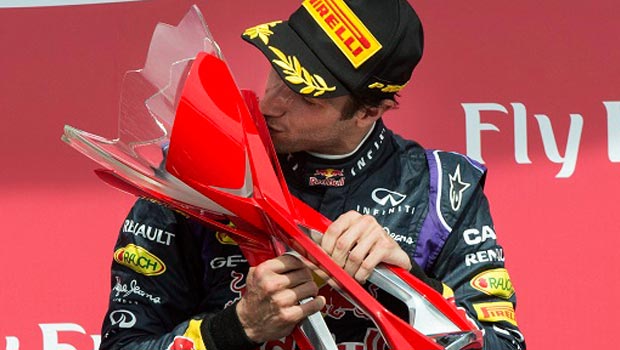 It had appeared as if Mercedes would secure yet another one-two in Montreal but brake failure forced Lewis Hamilton to retire, while championship leader Nico Rosberg suffered engine problems that resulted in a loss of power.

Ricciardo managed to take advantage to claim the win, and the Australian was delighted to secure a first ever grand prix victory after replacing compatriot Mark Webber at Red Bull.

“When you see athletes have their first big achievement and they say they can’t describe their feelings, it’s true, because you dream of it and it’s not often a dream comes true,” Ricciardo said, after his win.

“You dream of standing on that podium and seeing all those faces looking at you and when it happens, it’s a bit unreal. It’s awesome.”

Many pundits had suggested Ricciardo could struggle to match team-mate Sebastian Vettel following his switch from Toro Rosso but those fears have proved to be unfounded.

The 24-year-old is currently third in the Drivers’ standings and 19 points clear of the defending champion, who finished third in Canada.

Horner was delighted with Ricciardo’s win and was quick to praise the Australian following his victory.

He said: “Of all races we thought he could win, this would have been the most unlikely. But the way he drove, he thoroughly deserved the drive. He’s proved his worth. He’s exceeded all of his expectations.”

Mercedes star Hamilton is available at 1.93 to win the Drivers’
Championship, while The Field (any other driver including Ricciardo) is priced at 1.89.