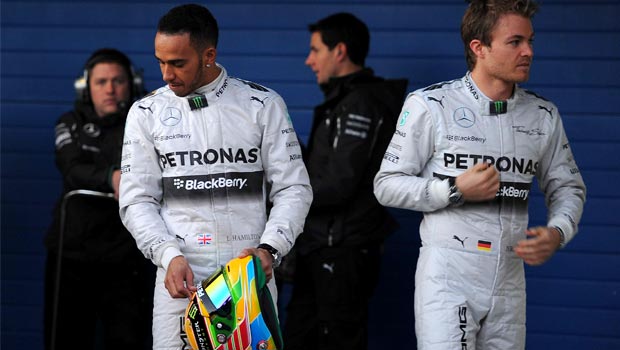 Lewis Hamilton has admitted he cannot wait for the 2014 season to get underway and insists that his Mercedes team have the capability to go all the way this season.

The Brit has enjoyed the winter testing period more than most drivers, with team-mate Nico Rosberg also sitting high at the top of the time-sheets.

Hamilton, 3.20 to win the World Championship in 2014, is heavily fancied to win in Melbourne next weekend with his main rivals still struggling for reliability and pace.

The sport of Formula One has seen some dramatic changes since the 2013 season, with Red Bull the biggest team affected by the new regulations.

Mercedes, 1.85 to win the Constructors’ Championship in 2014, finished their winter testing schedule with Hamilton setting the fastest time on the final day in Bahrain, and the 29-year-old is itching to get started.

“I’m excited about the new season not just as a driver but as a fan,” said Hamilton.

“I think we’re as ready as we can be for Melbourne and I’m more fired up than ever.

“With all the changes within the sport and the hard work that’s been going on within the team, I believe this can be our year to really show what we’re capable of.

“I can’t wait to get started.”