Mercedes hit back in P2 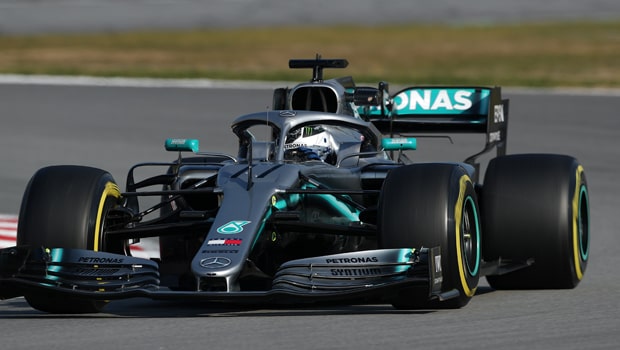 Valtteri Bottas produced a solid performance in second practice on Friday to top the timesheets at the Chinese Grand Prix, giving Mercedes the slight edge over Ferrari.

Sebastian Vettel has endured a difficult start to the 2019 F1 season, with a fourth-place in Australian followed by a fifth in Bahrain, but he made a fast start to the weekend in P1.

The German recorded the quickest lap in his Ferrari in the opening practice session, 0.207 seconds ahead of Mercedes’ Lewis Hamilton. The second Scuderia of Charles Leclerc was third, ahead of Red Bull’s Max Verstappen.

However, the Silver Arrows managed to fight back in P2 and championship leader Bottas, who is 13.00 to win his maiden world title this year, ended up top of the pile come the end of the second session.

The Finn clocked a fastest time of 1:33.330, just 0.027 seconds quicker than Vettel, and it is shaping up to be an intriguing weekend in Shanghai as the top teams challenge for glory.

Interestingly, both Red Bull’s posted times in the 1:33s and that means there are three teams, Mercedes and Ferrari the other two, who clocked laps in that time-frame, which should make for a fascinating race on Sunday.

Ferrari were handed a scare when Leclerc’s car was forced to go into the garage but the team have confirmed they were only undertaking checks on the cooling system as a precaution to avoid any damage.

When asked about his performance on Friday, the 21-year-old told Sky Sports: “I had quite a bit of traffic on the second run so they were not really representative lap times. “It is only FP2 so hopefully tomorrow will be better.”

Vettel is the 2.38 favourite to win Sunday’s race while his team-mate Leclerc is following closely behind at a price of 2.75. Hamilton then comes in at 4.00 while Mercedes partner Bottas is priced at 10.00.