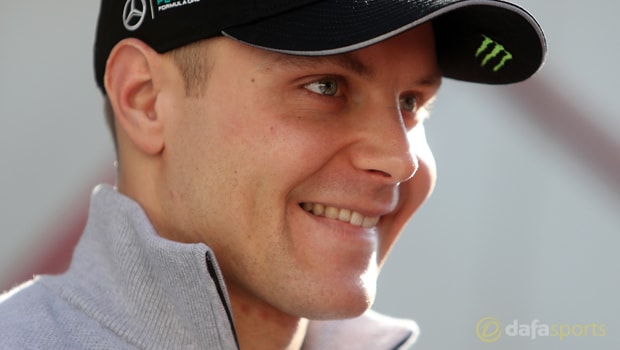 Mercedes driver Valtteri Bottas says he has “learned a few tricks” from the in-season test in Bahrain.

The Finn finished third at Sakhir on Sunday and stayed on in a bid to help boost his chances of success in the next race in Russia.

Having replaced team-mate Lewis Hamilton in the cockpit on Wednesday, Bottas clocked up 143 laps, with his only blip coming when a mechanical fault saw him ground to a halt and cause a red flag.

Overall he was happy with his performance, with his quickest lap time seeing him finish three-tenths up on championship leader, Sebastian Vettel.

Ferrari’s Vettel is currently 2.10 to win a fifth world crown, with Hamilton leading the betting at 1.85 and Bottas lagging behind at 26.00.

Speaking after Wednesday’s session, the 27-year-old admitted he had been encouraged by what he had seen.

The Silver Arrows star says his team tried out a number of combinations and admits he is now feeling more confident about the M08.

“Today was very good; we got so much running done,” said Bottas.

“We were focusing all-day on the long-run pace, which was a bit of a problem for us [during the Grand Prix] on Sunday compared to Ferrari.

“We did some interesting tests to try and improve both the tyre life and the race pace. We have definitely got plenty to analyse tonight.

“I think I learned a few tricks today as well. To stay here in Bahrain for a test after two back to back races is tough, but the guys have done a great job over these two days of testing.”