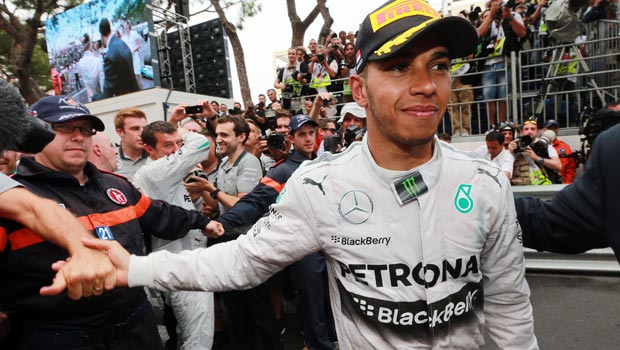 Mercedes star Lewis Hamilton is confident he can land the World Championship despite slipping 22 points behind team-mate Nico Rosberg.

Hamilton had been challenging Rosberg for the lead in Sunday’s Canadian Grand Prix but was forced to retire after 47 laps due to rear-brake failure caused by the loss of the ERS – the car’s energy recovery system.

The ERS in Rosberg’s car also failed but the German still managed to finish the race, coming in second behind Red Bull’s Daniel Ricciardo, to extend his lead at the top of the drivers’ standings.

Hamilton is now behind his team-mate in the battle for the title, but with 25 points awarded for a race win and 12 grands prix remaining, the 2008 world champion is confident he can close the gap.

“I did the best I could out there and felt like I was having a strong race, but unfortunately it just wasn’t our day,” said Hamilton, who has already managed to claw back a 25-point deficit once this season after failing to finish in the season opener in Australia.

“There was nothing I could do about our issues. We were managing the loss of power, but as soon as I finally made the jump on Nico in the second pit stop, my brakes failed.

“There are no emotions other than I couldn’t believe my car stopped and the other didn’t, but that’s the way it goes.

“Two DNFs (Did Not Finish) is not helpful, but there’s a long, long way to go. I’ve caught up before, so I’ll catch up again.

“To not finish is disappointing, but there are plenty more races ahead of us this season so let’s hope for better fortune.”

Hamilton is now priced at 1.93 to win the World Championship following his disappointment in Canada, while The Field (Any Other Driver) is available at 1.89.