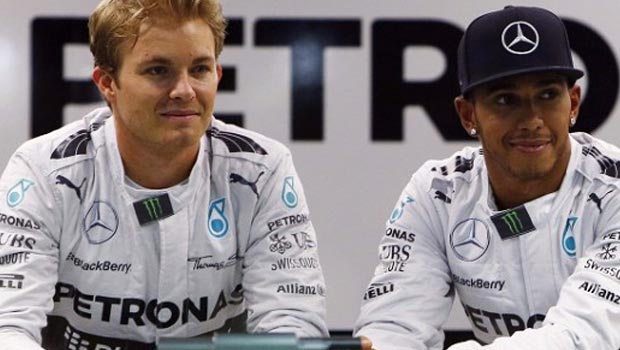 Lewis Hamilton has taken a surprise lead in the Drivers’ World Championship after he capitalised on Nico Rosberg’s retirement to take the chequered flag at the Singapore Grand Prix.

The 2008 champion went into the race 22 points behind his team-mate in the standings but had at least snatched the advantage of pole position in Saturday’s qualifying session.

The Briton though was given a real boost with Rosberg beset by technical problems as soon as he had left the garage and was immediately up against it when he had to forego his position on the front row and start from the pit lane.

The German’s problems continued into the race and although he was at least able to get going, his race ended on lap 15 with Mercedes yet again struggling with reliability issues.

Despite having dominated from the off, a safety car on lap 38 threatened to throw a spanner in the works for Hamilton but his car was vastly superior to his rivals, and although headed by Red Bull’s Sebastian Vettel after his final pit stop, it took him just a lap and a half to hit the front once more, and never looked back.

Hamilton pulled away from the challengers in devastating effect to win by nearly 14 seconds, with Vettel hanging on to second spot to claim his highest finish of the second.

The defending champions team-mate Daniel Ricciardo filled the final podium place ahead of Ferrari’s Fernando Alonso and Felipe Massa of Williams, while Jean-Eric Vergne climbed from 12th on the grid to take sixth.

Force India’s Sergio Perez did even better than the Mexican by taking seventh spot having started from 15th, while Kimi Raikkonen, Nico Hulkenberg and Kevin Magnussen also finished in the points.

The result sees Hamilton reclaim the Championship lead for the first time since May although it is only a slender three-point cushion, with 150 still to race for.

Attention will now turn to Suzuka for the Japanese Grand Prix, which takes place from October 3-5.