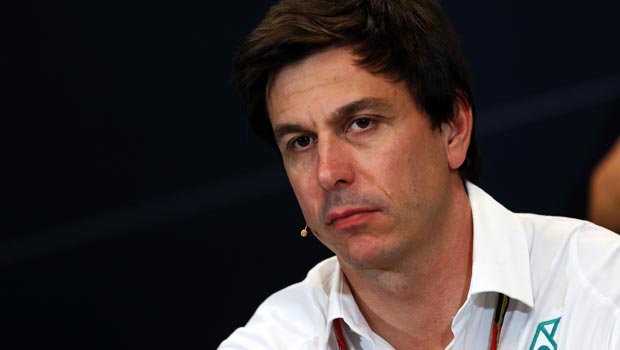 Mercedes chief Toto Wolff has urged Lewis Hamilton and Nico Rosberg to put their full ‘focus’ on winning the title as their rivals continue to close the gap.

The Brackley-based team have been the pacesetters in the opening eight races of the 2014 campaign, claiming five 1-2 finishes, while Rosberg
– who is priced at 1.73 to win the Drivers’ Championship – has finished in the top two at every event.

However, the last two races have provided problems for Mercedes with Hamilton, who is valued at 2.10 to win the Drivers’ Championship, being forced to retire in Canada before the duo encountered braking issues in Austria.


Wolff has stressed all season that their rivals would eventually start to get to grips with their cars and start closing the gap.

Errors during qualifying in Spielberg meant that the Silver Arrows were pipped to pole position for the first time this season.

Despite securing another 1-2 finish in the race, Wolff has urged the pair to keep their minds focused on the job in hand when they take to the track at Silverstone.

Wolff said: “We were delighted to get another top result in Austria.

“Our weekend in Spielberg was one of the toughest so far this season, with a qualifying performance which did not match our expectations. To bounce back with another one-two finish was highly satisfying – particularly as our rivals pushed us harder than ever throughout the race.

“This demonstrates once again how crucial it is to remain 100 per cent focused on the task at hand. We can afford no mistakes if we are to achieve our goals, as there will always be someone waiting to punish those mistakes.”