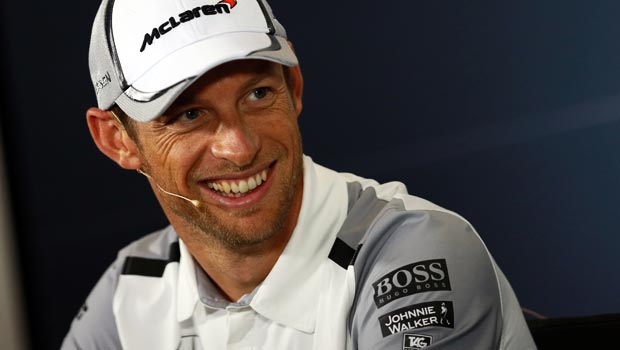 Jenson Button says he and his McLaren team will be going all out to seal a positive result at this weekend’s United States Grand Prix.

Following a bright start to the campaign in Australia, the Woking outfit have been plagued by inconsistency but appeared to have found improvement in the last race in Russia, with both Button and team-mate Kevin Magnussen finishing in the points.

That result helped them move clear of Force India in the race for fifth in the Constructors Championship and now have their sights set on fourth place Ferrari.

Despite being among the newest tracks on the calendar, the Austin circuit is one of the most popular with the drivers and one which Button has a decent record at, finishing in the points on both occasions F1 has raced there.

His team are looking for much more this weekend, though, and with his future in the sport still uncertain, he is hoping to upset the odds and claim his first victory in almost two years, a feat he is 51.00 to achieve, with former colleague Lewis Hamilton the 1.60 favourite to make it five wins in a row.

“It’ll be good to get to Austin after the three-week break,” he is quoted as saying by Chequered Flag. “I really enjoy this circuit; a great mix of a high-speed straight and really fast, technical sections to get your teeth into. It’s also one of the few circuits that run anti-clockwise, which makes it a little bit more of a challenge.

“I’ve had positive results there over the past two years, and our performance in recent races has shown that our pace is improving as we move towards the end of the season, so I’m looking forward to this weekend.”