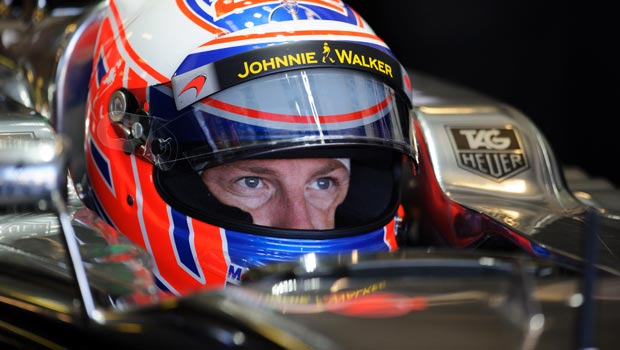 McLaren’s Jenson Button believes it is too early to say whether Mercedes will run away with the world championship this season, but he hopes inter-team rivalry may play its part.

Mercedes have been the early pacesetters this campaign with Nico Rosberg claiming victory in the season-opener in Australia and Lewis Hamilton following suit in Malaysia.

The changes in regulations this season have hindered the progress of a number of teams, in particular Red Bull, who are 2.50 in the outright betting to retain the Constructors? Championship and, while McLaren who would like to challenge for the title but have struggled early on.

Hamilton, who is 2.15 in the outright betting to claim the Drivers?
Championship, completed F1’s ‘grand chelem’ for the first time in his career in Kuala Lumpur on Sunday, starting on pole, picking up the fastest lap and winning the race.

However, despite the strong start from the Brackley-based team Button is hoping that friction between the Brit and the German may play into the hands of their rivals.

“Mercedes do have a big advantage, and an inter-team battle is always going to be fun when they have that kind of advantage over the rest of the field.

“Let’s see what happens. It could help us.”

Some of the best title fights in the history of the sport have been battled out by drivers from the same team, with Aryton Senna and Alain Prost, Nigel Mansell and Nelson Piquet and even Hamilton and Fernando Alonso in 2007 enjoying some tight battles.

Mercedes chief Toto Wolff insists that the team have already touched upon the topic and he is hopeful that they can remain professional out on the track.

Wolff said: “The inter-team rivalry has been there since the beginning, since January last year when Lewis joined us.

“What makes the difference is these two guys have known each other for such a long time, have a fair relationship with each other.”