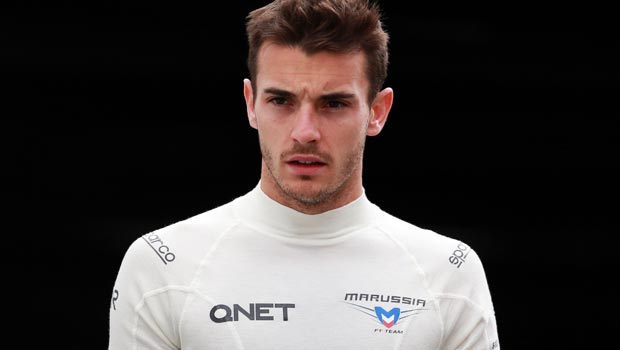 Frenchman Bianchi, 25, was involved in an accident after spinning at Turn Seven, where Sauber driver Adrian Sutil had also had problems a lap earlier.

The Marussia driver lost control of his car in the treacherous conditions before colliding with the recovery tractor which was working to remove Sutil’s car.

It has been reported Bianchi was unconscious when he was removed from his car and taken to hospital. He has since undergone surgery after a CT scan revealed a severe head injury.

The team’s statement read: “Marussia would like to acknowledge the huge outpouring of support and affection for Jules and the Team at this very difficult time.

“With regard to the communication of information concerning Jules’ medical condition, we will respect, and be guided by, the wishes of the Bianchi family. Together with Jules’ care, they will remain our highest priority.

“Therefore, we would ask for patience and understanding with regard to further medical updates, which will be communicated in conjunction with the Mie General Medical Centre in Yokkaichi, where Jules is being treated, when they feel it is appropriate.”

Following the crash the race was red flagged and Lewis Hamilton went on to secure his first win at Suzuka ahead of Mercedes team-mate Nico Rosberg in second, with outgoing Red Bull star Sebastian Vettel in third place on the podium.

Hamilton is 1.40 to now go on and win the World Championship.