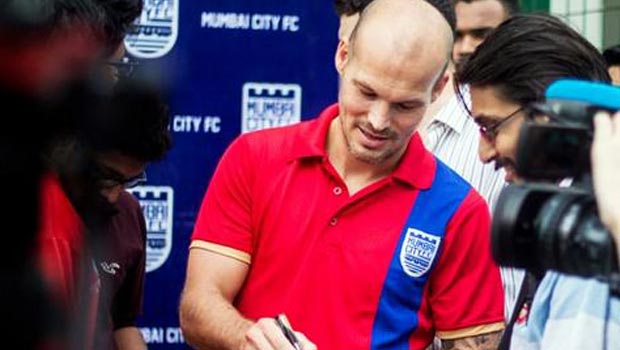 Former Sweden and Arsenal midfielder Freddie Ljungberg believes that the first ever Indian Super League will be a success, both on and off the pitch.

The 37-year-old has joined Mumbai City, who also have his former Gunners team-mate Nicolas Anelka among their ranks, and will be managed by former Sunderland, Leeds United and Manchester City boss Peter Reid.

The event, which starts on October 12 and will last for 10 weeks, features eight teams, with many of football’s greats set to take part.

Alessandro Del Piero, David Trezeguet, Marco Materazzi and Robert Pires are some of the names which are involved in the tournament, and former Swedish international Ljungberg said: “It’s a new experience and I’m looking forward to working in a new country.

“There’s a lot of work to do, but the organisers have been extremely professional in terms of the back-up for all the players.”

The league is designed to develop football in India and Ljungberg is hoping that the established players can help inspire those around them.

“There is expectation on us, and people in India are hoping we are going to play some good football,” he said.

“That’s why we’re here and that is what we are going to try and do. As marquee players we also need to help off the pitch. There is so much we can do to try and inspire people and I’m excited to be a part of that.”

All eight teams – who must have 14 domestic players, four of which are local to the city – will play each twice on a home-and-away basis, with the top four teams going through to the two-legged semi-finals before a one-off finale.