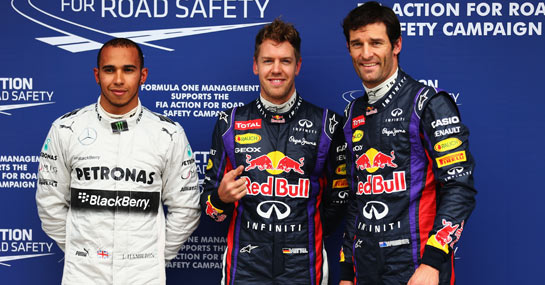 In the aftermath of an unpredictable opening race in Australia to kick off the Formula One season, punters have a little more to consider when placing a bet on the Malaysian Grand Prix.

But there are still many question marks surrounding the cars to partake in the race, and how they will fare in the differing conditions in Kuala Lumpur.

Qualifying in Melbourne arguably told us that Red Bull have the fastest cars this campaign, whilst the likes of Ferrari and Lotus are perhaps the better suited for racing.

Therefore, those wishing to invest in three-time F1 champion Sebastian Vettel may be best served doing so in his 3/1 odds to post the quickest time in the first practice session.

His teammate Mark Webber is 10/1 to accomplish the same feat, after beginning from second place last time out in Melbourne, showing his car undoubtedly has the potential to complete fast laps.

Even though their Red Bull cars will relish the warmer temperatures at Sepang though, it could be best avoiding those manufacturers to win the race proper at 6/4, and Vettel to do so as 2/1 favourite.

Tyre degradation was blamed for the German’s third-place finish in Australia, and given the traditional high tyre wear nature of this track, it remains a big concern.

As such, Mercedes may prove better value to win the race at 7/1, after enlisting the services of Lewis Hamilton, who claimed pole position in this race for McLaren last year.

Hamilton has enjoyed an impressive pre-season campaign with his new manufacturers, which also bodes well for patriotic punters investing in his 10/1 chances to win the race.

The 28-year-old can alternatively be backed at 9/4 for a podium finish, but lengthier-odds options look well worth a bet in this market considering recent trends emerging from Malaysia.

In the past four renewals of this race, an unfancied driver has achieved a top-three finish, with Sergio Perez most recently claiming second spot for Sauber in 2012.

Now of McLaren, Perez could take the heat off his much-criticised manufacturers by achieving another podium finish at 6/1.

And given that rain is virtually guaranteed in light of Malaysia’s tropical climate, and an afternoon race time, Perez’s teammate Jenson Button also looks a worthy top-three call at 7/2.

A driver who thrives in wet conditions, Button has been in the Sepang first three in half of his past four races at the circuit.