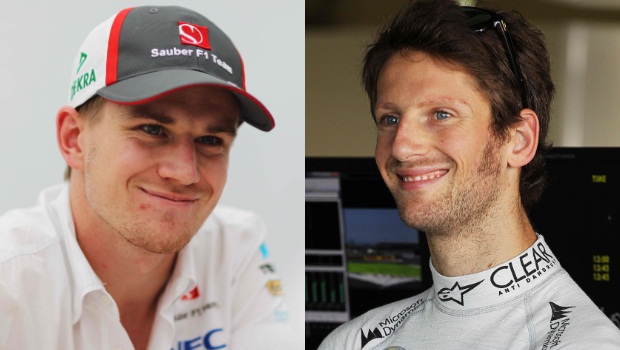 Lotus are set to confirm Romain Grosjean and Nico Hulkenberg as their new driver pairing for next season.

Lotus have been weighing up their options since it was announced that Kimi Raikkonen is heading to Ferrari and it looks as though Grosjean will be the man to lead the team.

Grosjean showed his quality with another fine drive at the Japanese Grand Prix when he finished third behind Red Bull drivers Sebastian Vettel and Mark Webber.

At one stage on Sunday it looked as though he could even win the race before Red Bull’s strategy and pace won the day but team boss Eric Boullier was delighted with the performance.

Grosjean has shown he has all the credentials to replace Raikkonen after out-qualifying the Finn at five of the last six races while he again finished ahead of him in Japan.

“He did a great job,” said Boullier. “He is at the level we expected, what we have wanted him to do.

“We wanted him to establish himself as a driver like he is now, and on top of that, since Kimi announced he was leaving, it has been up to him to step up, and he has done that.”

Lotus are now set to take up a one-year option on Grosjean and hope to have it wrapped up in the next few days.

“I need to get written confirmation from my board,” Boullier added.

“Romain has a contract with us for next year. He has an option to be taken up, and we have to do that in a few days, so we will see.”