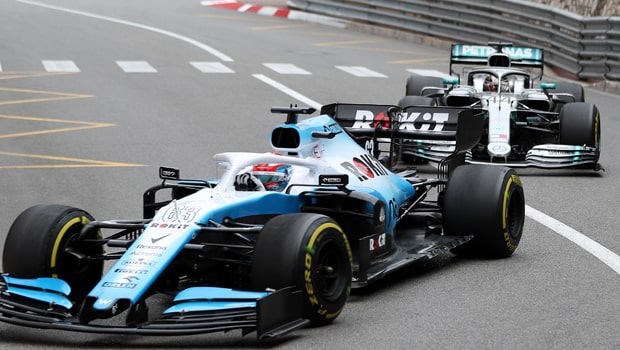 Lewis Hamilton says he is living a Monaco Grand Prix ‘dream’ after he was fastest in both opening practice sessions for Sunday’s race.

Hamilton and Mercedes have been dominant during the opening months of the season, with a record five consecutive one-twos from the world champion and team-mate Valtteri Bottas leading into Monaco.

Hamilton posted a time that was 0.059 seconds quicker than Max Verstappen in the opening session, while Bottas was third fastest, with Ferrari’s Charles Leclerc fourth. Sebastian Vettel could only record the fifth quickest time in his Ferrari.

“It’s the dream for every driver to come to Monaco and have a car that you can exploit and utilise your abilities with,” said Hamilton, a two-time Monaco winner.

“I’m really proud of the team and naturally our goal is to try and do something really positive this weekend.”

Ferrari and Red Bull have picked up the previous two wins in Monaco against the odds but Mercedes look well-equipped this year, with the W10 appearing naturally suited to the narrow street track.

Hamilton won’t be resting on his laurels, and says the entire Mercedes team have a similar attitude and desire to improve.

“We’ve made some small tweaks over the two sessions and during the sessions as well, but I’ve been quite happy with the set-up,” he added.

“Every year we come back here, it gets faster and you really notice it when you’re going past the barriers.

Coming into Turn 12, you carry so much speed into that corner, and then there’s just the wall in front of you; going up the hill to Casino it’s the same thing.

“It’s incredibly intense out there and you have to be so focused.” Hamilton is favourite at 1.50 to win Sunday’s Monaco Grand Prix, while team-mate Bottas is 3.50.