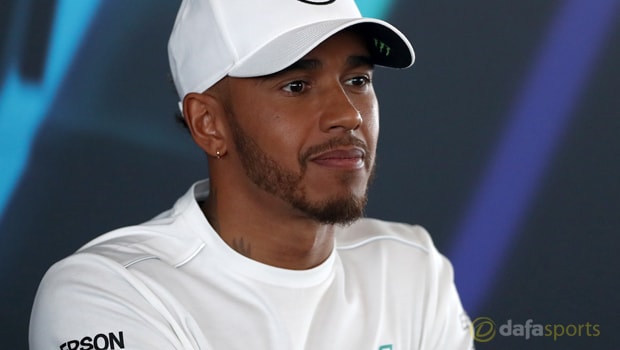 Lewis Hamilton says it is hard to judge how good Sebastian Vettel’s performance was in pre-season testing on Thursday but the Brit is excited about the prospect of a close battle for the title this year.

Vettel smashed the circuit record on the penultimate day of testing at the Circuit de Catalunya and was more than a second quicker than the field as Ferrari set down a big marker ahead of the 2018 campaign.

However, it is hard to tell how good that lap is compared to the likes of Mercedes as the Maranello-based outfit used the very softest Pirelli ‘hypersoft’ tyre during that run.

On the other hand, the Silver Arrows, who are 1.62 favourites to retain their Constructors’ Championship title, did not even order a single set of the softest tyres for testing.

Hamilton was asked about Vettel’s impressive performance and, although unsure how good the lap actually was, the defending champion is looking forward to another tight battle.

“I don’t know if that’s a good time or not and I don’t really care. It’s testing,” he said.

“For us we’ve not been on low fuel yet so I have no idea where the car can go. I hope it (Vettel’s time) is good which means we have a race on our hands.”

Vettel is 4.33 to win a fifth world title and his first with Ferrari this season, team-mate Kimi Raikkonen is a 34.00 chance, while Hamilton tops the market at 1.95.

Valtteri Bottas, who enjoyed an impressive debut campaign with Mercedes last year, is 13.00 to win his maiden title with the two Red Bull’s of Daniel Ricciardo and Max Verstappen priced at 9.00 and 5.50 respectively.