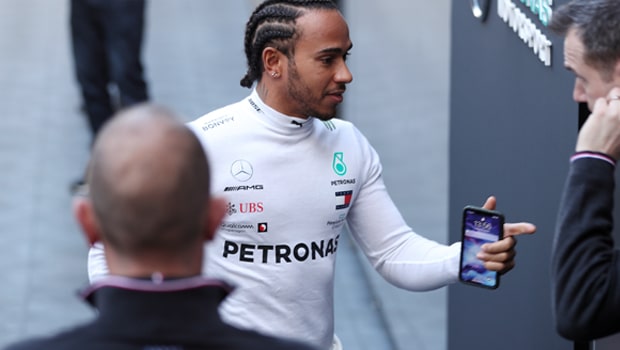 His team-mate Valtteri Bottas claimed the opening win of the new season in Melbourne at the Australian Grand Prix, with Hamilton his nearest pursuer.

The Red Bull of Max Verstappen was in third spot ahead of Ferrari’s Sebastian Vettel, but Hamilton feels their perceived main title rivals will have plenty more to offer.

“I really hope it’s a lot closer this weekend,” he said. “I know some people think we were sandbagging or whatever it was in [pre-season] testing.

“We came into the first race thinking it was going to be a lot closer than that. We didn’t think we would be a head and from the information I had we were behind.

“We had the pleasant surprise of being fast in the last race but it could change here. Maybe in the last race the tyres weren’t working for them [Ferrari]. I’m just as excited as you are to see how that pans out.”

Red Bull following have switched from Renault to Honda engines for this season and Hamilton has been full of praise for their efforts so far. He would welcome a period of reliability for that rival, and says the data suggests they can remain competitive.

“Without doubt the Red Bulls had a much better power unit than last year. The performance is very close, they are within 10bhp of the top cars,” Hamilton added.

“Look at the GPS and they are pretty much as quick as us on the straights. That is a great start for them and I just hope the reliability is good for them and they can stay in the fight.”

Hamilton is favourite at 2.40 to win the Bahrain Grand Prix, with Mercedes team-mate Bottas 3.40.