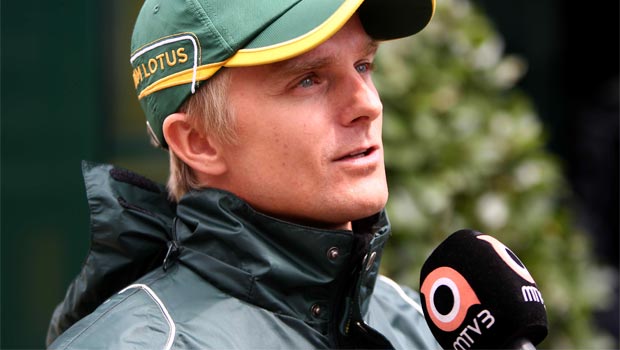 Heikki Kovalainen will replace Kimi Raikkonen at Lotus for the final two races of the season after both Michael Schumacher and Nico Hulkenberg turned down.

Raikkonen pulled out of this weekend’s United States Grand Prix in Austin and the finale in Brazil to undergo back surgery to cure a long-standing problem, leaving Lotus with a seat to fill.

Seven-time world champion Schumacher turned down the chance to make another comeback at the age of 44, according to his manager, while Hulkenberg also baulked despite admitting the offer sounded ‘attractive’.

The Sauber driver is still seeking a drive for 2014, although Lotus’s new investor has told the team to sign him, but said he felt the two-race offer was too big a risk.

The German said: “Stepping into a new car which you don’t know… If I had stepped in I don’t think people would have expected me to beat [teammate] Romain [Grosjean] right away. He’s delivering very good results. So it was from that point of view.”

Kovalainen, 32, has a record of one win and three podiums in 109 starts, his last being for Caterham at Brazil in 2012 when he finished 14th.

“It is a fantastic opportunity for me to join Lotus,” said the Finn. “We’ve seen this year the car can win races and finish on the podium, so I will be pushing hard for the best results possible.”

Lotus are battling with Mercedes and Ferrari for second place in the constructors’ championship going into the final two rounds at Austin and Interlagos.

The team overlooked reserve Davide Valsecchi, who has driven this year’s car but has limited race-weekend experience having only taken part in one session.

“Obviously we had to move quickly,” said team principal Eric Boullier. “On the one hand we had Davide, who is a talented young driver that has shown a great deal of promise.

“On the other we had the opportunity to bring in a seasoned Formula One competitor in Heikki.”