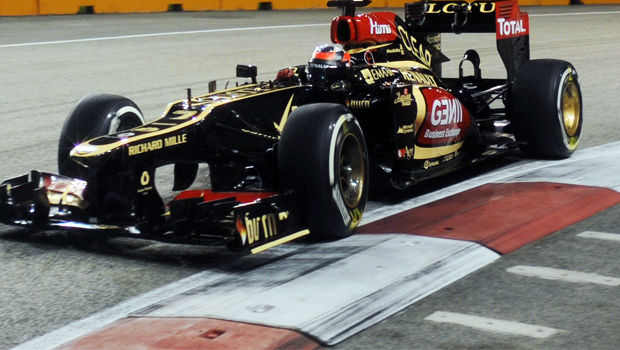 Kimi Raikkonen is adamant that Lotus can beat Red Bull before the end of the season following Sebastian Vettel’s recent dominance.

The Finn made the perfect start to the year by winning the opening race in Australia but, despite six other podium finishes, he has failed to add to his tally.

In contrast, Vettel has once again been magnificent, claiming victory in the last three races and at just 26 now looks set to become the youngest ever driver to win four world championships.

With the German having claimed victory from his last two outings in Korea, he is widely expected to once again take the top step of the podium, especially after saying earlier this week that he is relishing the chance to return to the Yeongam circuit.

However, Raikkonen has other ideas and with six races left is looking to finally grab his second win of the season and possibly put some late pressure on Vettel.

The 33-year-old, who will join Ferrari next season, insists he has the pace to beat the Red Bull man and believes the more traditional circuits the drivers will tackle in the final races will help him get one over on his rival.

“We beat them before this season and I’m sure there’s hopefully a chance to beat them later again,” Raikkonen said. “Obviously they’ve been pretty strong in the last few races but we’ll try and see what happens.

“They’ve been strong all year. For sure they had a few races when they were probably not as strong as some people expected but lately they’ve been very strong. Hopefully with us going to more normal circuits it will level out a bit.”