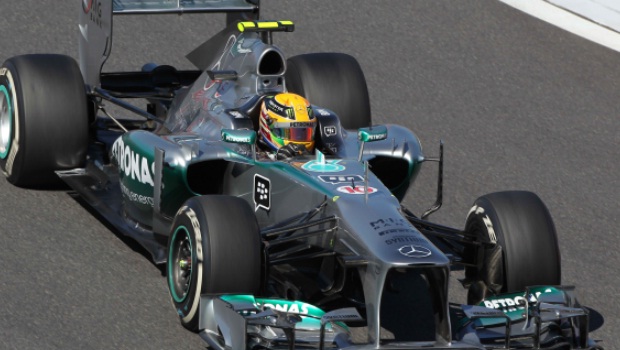 Lewis Hamilton admitted his Mercedes is car is feeling ‘great’ after he beat Red Bull’s Sebastian Vettel in second practice at the Korean Grand Prix.

It has been a frustrating season so far for Hamilton and Mercedes but the Englishman believes they will be competitive this weekend following the performance in P2.

Ferrari’s Felipe Massa took fifth spot, ahead of Lotus’s Romain Grosjean, with the second Ferrari driver, Fernando Alonso, who is 60 points behind Vettel in the championship going into the race, in seventh. Then came Lotus’s Kimi Raikkonen just ahead of McLaren’s Jenson Button.

“It’s been great,” said Hamilton. “Really happy with the way the process and sessions have gone.

“We have some improvements we can make but otherwise all good. This is the first time I’ve actually felt like P2 has gone well, at least what I can remember. The car feels great here. We look like we’re competitive.”

Meanwhile, Vettel says there could be more to come from Red Bull and is predicting a tight race that could go either way.

“There is room for improvement,” said Vettel. “I think it will be very close this weekend with Mercedes. It was close today.

“Obviously you don’t know what other people are doing with fuel loads, etc, but give or take 10kg up or down it is still quite close, and Mercedes always perform very well in qualifying.”