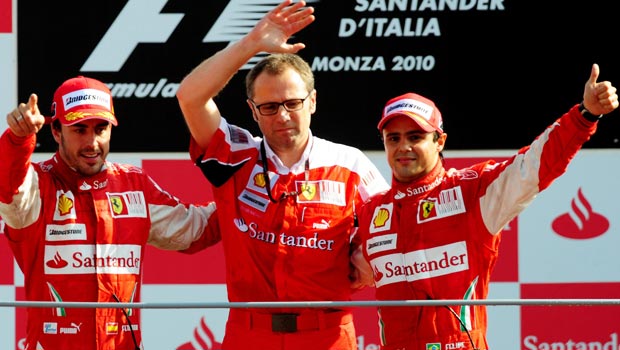 Ferrari chief Stefano Domenicali insists that despite his team’s disappointing start to the campaign there are still plenty of positives for them to focus on heading into this weekend’s race in Bahrain.

The Maranello outfit were tipped as one of the favourites for the title going into the 2014 season due to their status as a works team allowing them to design their own engine, while the signing of Kimi Raikkonen, who won the their last individual world title in 2007, to work alongside Fernando Alonso was seen as a major coup.

Things haven’t gone to plan. though, with them yet to achieve a podium place and, while Alonso has managed to finish fourth in both Australia and Malaysia, he has been half a minute behind the race-winning Mercedes drivers on both occasions.

It means both of Ferrari’s frontmen are now trailing in the Drivers’ Championship and this is reflected in the betting with the Spaniard 16.00 to win the title, while Raikkonen is 34.00.

However, after last week’s disappointment, the team do have the chance to bounce back this weekend at Sakhir and Domenicali is confident that his outfit will eventually get their set-up right and says over-thinking their issues won’t help them.

“We knew from the very beginning that with these rules changes the challenge will be massive,” he said in an interview with the official F1 website.

“When we went about designing the 2014 car we knew it would not only be a matter of the engine – where we believe we are quite strong – but also a matter of considering the whole power unit.

“But we know the areas where we need to improve and falling into disappointment doesn’t help.”