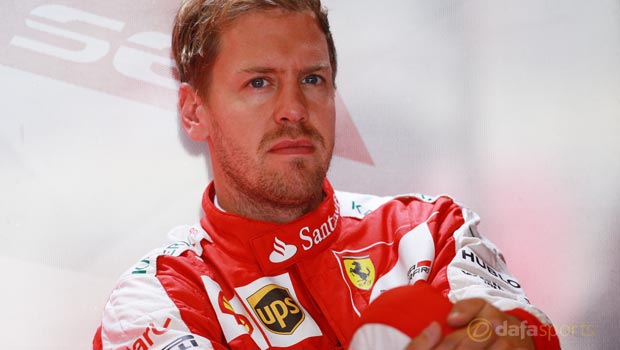 Ferrari’s Sebastian Vettel says the Italian Grand Prix holds ‘great memories’ for him and he is looking forward to racing at Monza in the famous red colours.

The four-time world champion has already triumphed at the track three times in his career, once with Toro Ross in 2008 and twice while at Red Bull in 2011 and 2013.

The 28-year-old will be hoping to clinch a fourth success at Monza, but this time racing for the Maranello-based outfit.

The Italian team have enjoyed a positive season in 2015, a stark contrast from the dismal showing last year, and they will be confident of impressing on home soil this weekend.

Vettel has already won twice this season, in Malaysia and Hungary, and the former Red Bull star is looking forward to putting together a serious challenge for the title in Italy.

“Naturally, I’ve got a whole load of great memories and feelings linked to Monza and I always like coming here,” he told Ferrari.com. “And being here with Ferrari makes it even more special.

“It’s not a demanding track physically, but that doesn’t mean it’s simple: you have to look after the brake system, because the long straights mean you reach the braking areas at high speed.

“The track characteristics require a low aerodynamic downforce set-up and this makes the car harder to drive. I am curious to see what it will be like driving at this track, partly because this year’s power unit is more powerful and also because I’m looking forward to meeting all our fans: I can’t wait.”

Vettel finished a disappointing 12th in Belgium last time out, having suffered a blown tyre in the penultimate lap when battling for a podium finish, and the German is priced at 15.00 to win the Italian GP.

Mercedes ace and defending drivers’ champion Lewis Hamilton is the favourite at 1.44 while team-mate Nico Rosberg is a 3.25 chance.