Posted by Marlon William on September 1, 2015 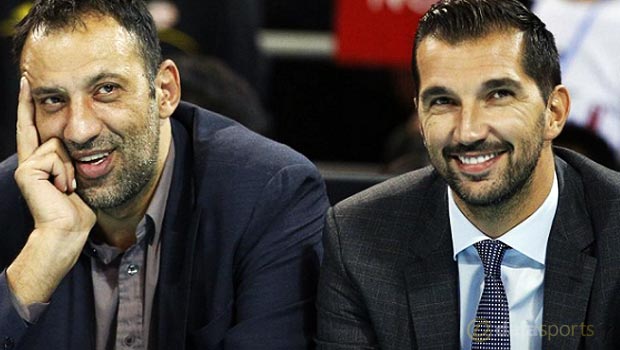 Sacramento Kings legend Peja Stojakovic says he is ‘very interested’ in returning to his former team after being offered a front of office position.

The ex-Yugoslavia international, who won gold in Turkey in the 2001 FIBA EuroBasket tournament, played at the Sleep Train Arena from 1998-2006.

Stojakovic is a fan favourite and a return to the Kings in a management position would provide a huge boost ahead of the new NBA season.

The Serbian spent part of this summer working with the club as an adviser after an invitation from his former team-mate Vlade Divac, now vice-president of basketball in Sacramento, and is hopeful an agreement regarding a front office position can be reached.

“That’s an idea and it’s still not decided yet, but I am definitely very interested in working with the team. I will know more in the next few days,” he said.

“I played [in Sacramento] for eight seasons and those were my best basketball years. Definitely it is a good opportunity. We’ll see. I am hoping for the best.”

Stojakovic, who was a member of the Dallas Mavericks side who won the NBA Championship in 2011, believes the additions to the Sacramento squad have made Kings much stronger.

“The team has a combination of everything,” he added. “It has real talent in DeMarcus Cousins and Rudy Gay that you can build the team around. You have the potential of Ben McLemore and Willie Cauley-Stein and Darren Collison and you have experience in [Rajon] Rondo, [Caron] Butler and the guys who have been there and won championships.”

The Kings are big outsiders to win the NBA Championship outright this season at 151.00, Dallas are 51.00 and last season’s runners-up the Cleveland Cavaliers are the favourites at 3.75.