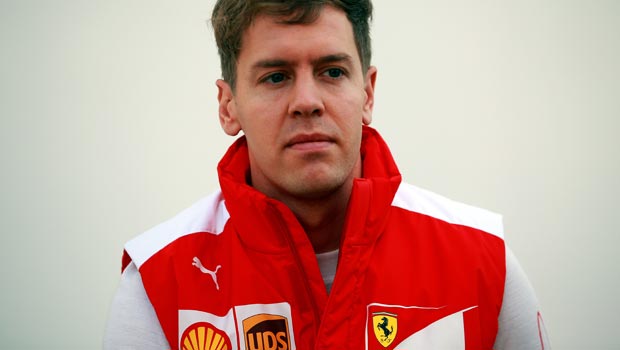 Ferrari new-boy Sebastian Vettel feels second place in the Formula One Constructors’ Championship is the best several teams can hope for in 2015 because of Mercedes’ ominous form in pre-season testing.

The four-time world champion with Red Bull switched to the Scuderia at the end of last season to replace the outgoing Fernando Alonso who returned to join up with McLaren.

The 27-year-old German is hoping the move will coincide with an upturn in fortunes for Ferrari following a dismal 2014 campaign in which they failed to win a single race or secure pole position.

However after the latest four-day outing at the Circuit de Catalunya in Barcelona, it was reigning champions Mercedes that stood out from the crowd.

Last season’s runner-up Nico Rosberg recorded a time of 1:22.792 for the week’s best lap time while his team-mate and reigning drivers’ champion Lewis Hamilton did a 1:23.022 also on soft tyres.

Williams’ Valtteri Bottas managed the third fastest time in Spain with 1:23.063 but that was using slightly quicker supersoft rubber.

Therefore the fact he was still trailing in the wake of the two Mercedes’ drivers is something which has not gone unnoticed by Vettel, who feels this season will be a fight for second place between a number of teams.

When asked if the Silver Arrows will be the team to catch, he told ESPN: “It’s difficult to say, in two weeks we will know more, but it’s clear that Mercedes is in front by quite a way.”

He added: “After that there seems to be a bit of a gap and then it is a lot closer with many teams.

“It’s difficult to say who is right behind, but I think it’s probably very close between Williams, Red Bull and ourselves.”

Ferrari are 15.00 to win the Constructors’ Championship, while Vettel is 17.00 to become world champion driver for a fifth time.