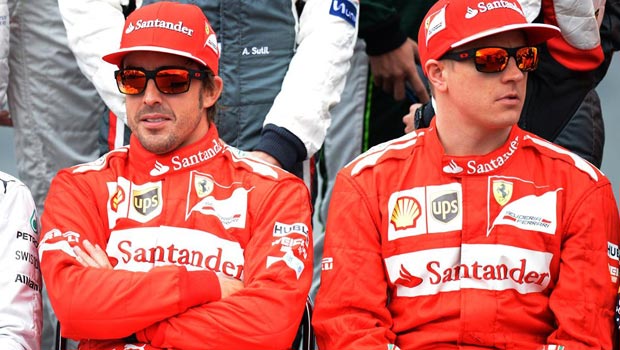 While Alonso has dominated Raikkonen in all four opening races, the Finn has continued to struggle with life at his former team early on.

Alonso has managed to score 41 points so far this season, while Raikkonen has only picked up 11 points.

Raikkonen admitted last week that his close-knit team have a lot to do if they are to improve and catch Alonso as well as rivals Red Bull and Mercedes.

Despite their contrasting fortunes, Allison has praised both the team’s drivers.

“With Fernando we’ve seen an extraordinary level of performance, scavenging every possible point at every possible opportunity,” he told Ferrari’s website.

“Kimi is working extremely well with the team, collaborating with the engineers, helping us to drive this car forwards. He has class written all over him and in a very short space of time, I’m sure we will also see the results of that on the track.”

This weekend’s grand prix in Spain is a year since Ferrari’s last win, but Allison is doubtful that they can repeat the same success.

With Mercedes a cut above the rest of the field Ferrari and co are playing catch up and Allison’s attention is now just on making small improvements.

He said: “The key to a successful season is to keep improving your car at every race. If we can do that, bringing a meaningful amount of performance to every one of those races, we will keep seeing steps forward. And that will define what is the true F14 T, not just one single race.”