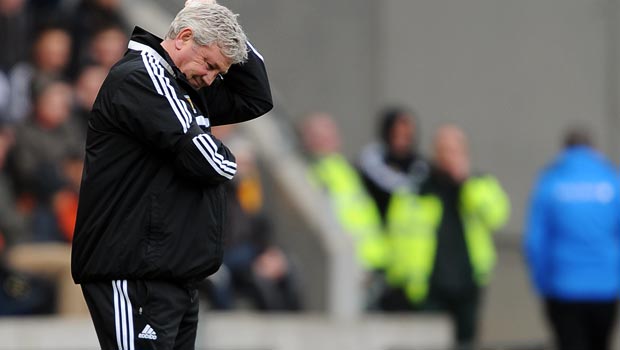 Hull City manager Steve Bruce insists he faces a selection headache as he tries to pick a starting XI to face Arsenal in the FA Cup final.

The Tigers will be without starting strikers Nikica Jelavic and Shane Long for the Wembley showpiece as they are both cup-tied.

Despite changing their team throughout the competition, they have impressed and have a realistic chance of beating Arsenal.

Bruce once again made changes to his team on Tuesday night, but that plan backfired as his side were comfortably beaten 3-1 by Manchester United, with debutant James Wilson scoring a brace.

Despite the defeat, Bruce said he took some positives from the performance.

“It was a good work-out for us. A lot of people needed a game and it has given me something to think about with obviously the cup final in the next 10 days or so,” he told Sky Sports.

One man who showed his ability once again was Matty Fryatt, with the striker scoring the Tigers’ only goal against United. He has scored some vital goals this season and Bruce was delighted with his performance.

He said: “Matty Fryatt showed us again what a good player he is.