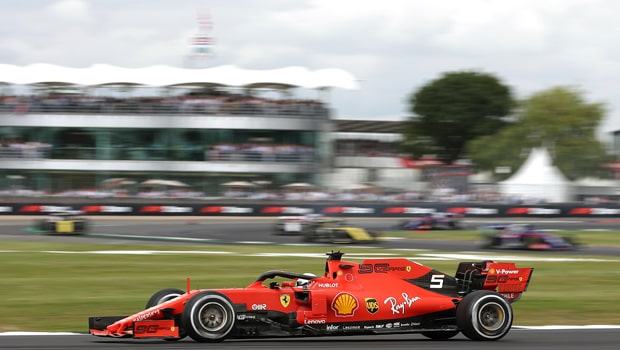 Ferrari duo Sebastian Vettel and Charles Leclerc are refusing to get downbeat after a frustrating day of qualifying ahead of the German Grand Prix.

The Scuderia looked strong contenders to claim the front two positions on the grid going into qualifying after impressing during practice. But their weekend fell apart after returning to the Hockenheim track for qualifying on Saturday afternoon.

Vettel, who is looking to win his first home Grand Prix since 2013, will start from the back of the grid after failing to set a time due to an intercooler problem.

Leclerc, who is priced at 9.00 to win the German GP, topped the time charts in Q1 and looked fine through Q2 but he was unable to take part in the top-10 shootout following a fuel issue.

The Monegasque will start 10th on the grid but insists he will do everything possible to fight his way through the field.Leclerc posted on his Instagram account: “I feel for the whole team. But the points are scored on a Sunday and I will give absolutely everything to make everyone smile again tomorrow.

It is going to be a fun race.” Vettel echoed Leclerc’s optimism and feels he has a car more than capable of taking the fight to his rivals. “I think the car is great. Lost out on a big chance but hopefully we’ll have a big one coming again tomorrow,” Vettel said.

“It’s very painful here obviously. I was looking forward to having fun. Now we start last, it would have been nice to start first. I think the car has it.”

Mercedes’ Lewis Hamilton will start on pole as he looks to extend his lead at the top of the Drivers’ Championship. Red Bull ace Max Verstappen was just 0.346 seconds behind Hamilton and will start alongside the Brit on the front row, while Valtteri Bottas starts third in the other Mercedes.