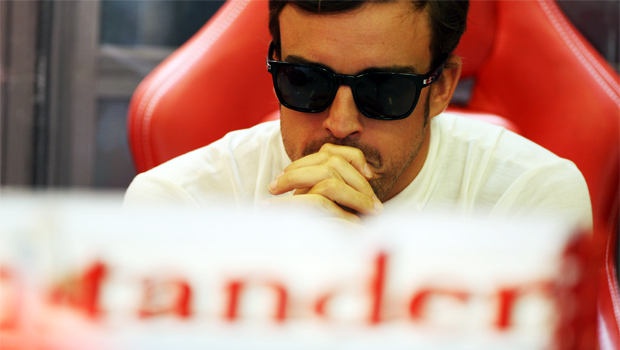 Ferrari boss Luca Di Montezemolo says he does not regret reprimanding Fernando Alonso for his remarks about the car although he shares his frustration at team’s poor form of late and has called for an improvement.

With the Formula One season heading into the second half of the campaign, Alonso finds himself battling to the stay in the race to become the world champion this year.

He is 39 points behind Red Bull’s Sebastian Vettel and, despite the fact there are 225 points still to play for, he is considered by many to be out of the running, unless his car significantly improves.

Di Montezemolo, who also addressed the team last week to make it clear they must improve their performance, said: “Fernando is a great driver and I understand him. He is a bit like me: he wants to win.

“He must just remember that one wins and loses together and, for its part, Ferrari must give him a car capable of starting from the front two rows. It doesn’t sit well with me seeing our car is not competitive.

“That’s why I intervened, even if I didn’t want to abuse my authority over my men. However, it had to be done.”

Alonso’s car appears to be getting less competitive with each race and after finishing fifth in the last race at Hungary he was asked what he would like for his birthday, he replied: “Someone else’s car”.

Alonso has not won a race since the Spanish Grand Prix back in May and will be looking to turn around his season around when the F1 circus begins again at the Belgian Grand Prix on August 25.