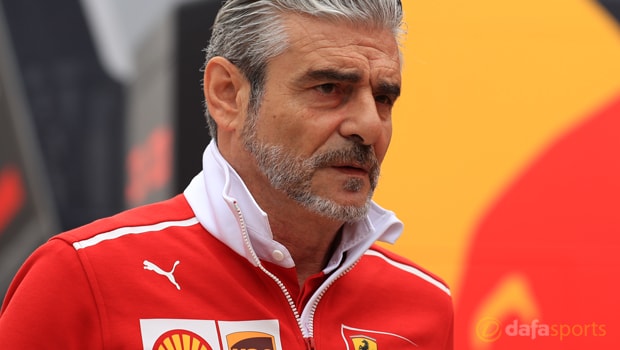 Ferrari boss Maurizio Arrivabene insists it was an easy decision to reward Kimi Raikkonen with a new contract due to his strong relationship with team-mate Sebastian Vettel.

The Finn returned to Ferrari for the second time in 2014 following a two-year spell with Lotus, but has struggled to compete at the top of the grid.

However, despite not claiming a race victory since the season opener in 2013, Ferrari have rewarded Raikkonen with a contract extension.

Raikkonen put pen-to-paper on a one-year deal in August to keep him with the Italian outfit until the end of 2018 while Vettel was also handed fresh terms.

The four-time world champion, who is still firmly in contention to lift the world title this term, signed a three-year extension last month.

Ferrari will now start 2018 with the same driver line-up for the fourth consecutive season and Arrivabene insists the harmony within the team was key in their final decision.

Arrivabene said: “The reason why I think is quite clear. They went through the last three years with great co-operation within them.

They feel very good together, being part of the team and translating this spirit to the overall team, I think we don’t find any reason why not confirming them together.”

The Formula One season will continue to heat up later this month as Vettel looks to close the gap on title rival Lewis Hamilton of Mercedes at the Singapore Grand Prix.

Vettel is priced at 2.50 to come out on top in Singapore while Hamilton can be backed at 2.70 to further extend his lead at the top of the drivers’ standings.