PSG must learn from mistakes 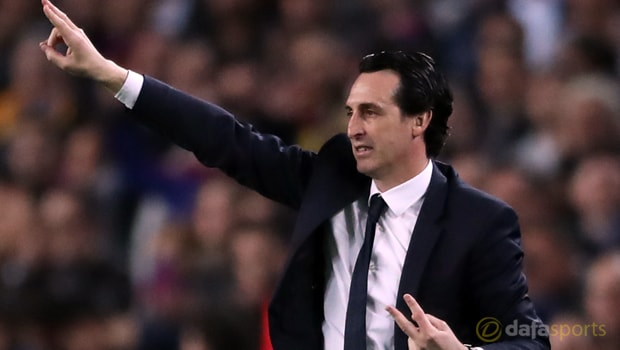 Paris Saint-Germain will not be taking struggling Metz lightly and must learn from their mistakes in Friday’s Ligue 1 clash, according to manager Unai Emery.

The French giants have made the perfect start to the domestic campaign after a big-spending summer that saw the likes of Neymar, Kylian Mbappe and Dani Alves all arrive.

Emery’s men have won all four of their league outings, scoring 14 times and conceding just twice, to sit at the top of the table.

Friday’s clash sees the Parisians travel to rock-bottom Metz in search of another three points and Emery has stressed the importance of keeping the momentum going.

The Spaniard insists that PSG will approach Friday’s match in the right frame of mind after almost slipping up to Metz last term.

PSG, who are priced at 7.50 to win the Champions League, threw away a two-goal lead at the Stade Saint-Symphorien and needed a late strike to put them 3-2 ahead and claim all three points.

Emery is keen to guide PSG back to the Ligue 1 title this season, having lost out to Monaco in 2016-17, and he believes consistency will be key.

“Ligue 1 is a very clear objective, we have to maintain our rhythm in the league and we’ll be requiring that on Friday,” Emery said.

“We have started the season well but we mustn’t repeat the mistakes of last season at Metz.

You remember? We were leading 2-0, we were controlling the game, but Metz came back. We could even have lost the game in the dying minutes.

“Just like for all the other teams, we have a lot of respect for Metz, but we have to win this league. That will come through consistency, starting on Friday.”