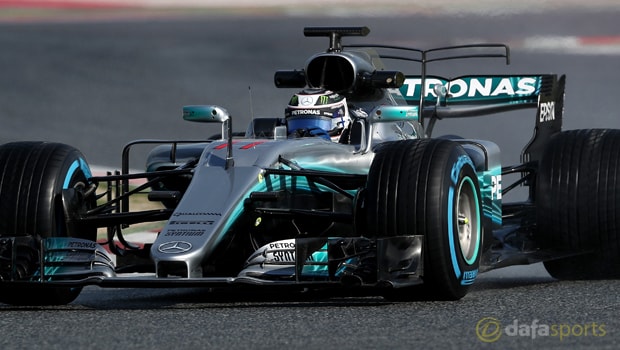 Valtteri Bottas believes Ferrari will pose the biggest threat to his Mercedes team when the new F1 season gets underway later this month in Australia.

The Finn has joined the Silver Arrows for 2017 as Nico Rosberg’s replacement and is expected to cause team-mate Lewis Hamilton plenty of problems in the battle to become world champion.

Bottas and Hamilton are currently in Barcelona sharing the driving duties at the ongoing testing session at the Circuit de Barcelona-Catalunya.

Having dominated the sport in recent years, Mercedes are the 1.36 favourites to again win the Constructors’ Championship, but the new regulations being brought in are expected to close the gap between themselves and their rivals.

Ferrari have looked particularly sharp so far and there is a feeling the changes to the rules could help the Scuderia re-emerge as a force in 2017.

Bottas admits he has been impressed by what he has seen from both a pace and reliability point of view from the Italians.

With less than a month to go until the opening race in Melbourne, the Finn believes they could prove extremely dangerous this season, while he is also not counting out a challenge from Red Bull.

“I think Ferrari are looking very good – they seem to be consistent and fast,” said Bottas.

“We shouldn’t underestimate them or Red Bull. We’ll need to keep working hard to be in the best shape possible for Melbourne.”

Ferrari are 7.00 to win the constructors’ crown, with Red Bull the second favourites behind Mercedes at 3.80.

In the individual betting, Hamilton currently leads the way at 1.80, with his colleague Bottas his nearest rival at 4.75.