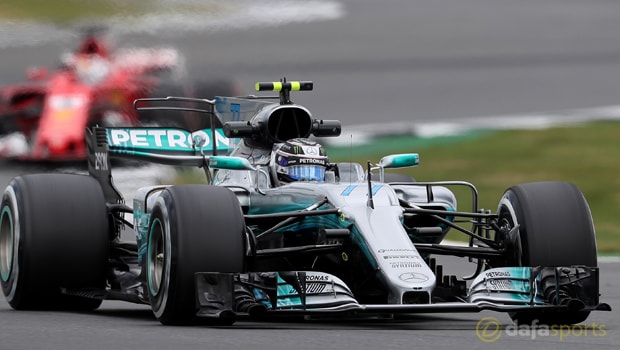 Mercedes recently put their faith in Valtteri Bottas by rewarding him with a new one-year contract and he insists he is already thinking about how to secure a further extension.

The 28-year-old was drafted in by Mercedes as Nico Rosberg’s replacement ahead of the 2017 season following his retirement from the sport after winning a maiden world title.

Bottas, who is priced at 7.00 to win the Malaysian Grand Prix, has certainly met expectations this campaign to support Lewis Hamilton and help the team to the top of the Constructors’ Championship.

The Finn claimed his first ever grand prix triumph in Russia earlier this season before picking up another chequered flag in Austria, and has finished on the podium a further eight times.

The former Williams man currently sits third in the World Championship as they gear up for the next event in Malaysia, 23 points shy of Ferrari’s Sebastian Vettel and 51 points adrift of leader Lewis Hamilton.

Mercedes, who initially handed Bottas a one-year contract, showed their appreciation for his exploits by rewarding him with a one-year extension earlier this month.

Bottas has revealed his delight at earning a fresh deal but insists he won’t sit back and admire his work as he looks to push on for another deal beyond the end of 2018.

Bottas said: “I have to say I’m happy with this. I understand of course always the team’s view on things, and for sure the team also wants to have options open for the future.

“I understand 100% but with this I am very happy. It’s still better than the original contract that I had.

“It’s still as always before with my career in F1, it’s going to be completely down to me. If I perform well, there’s going to be no problem, and we can have a long future together.

“I believe in myself, I believe I’ll continue to grow as a driver and be a better driver.

“Even this season already, I was given this one-year opportunity to make it for a second year so that gives me confidence.”